My name is Andrea Del Prete. I am a robotics researcher focusing on the use of optimization algorithms for control, planning and estimation of legged robots. In this website you can find all my publications with links to open-access PDF files, videos and code. Each publication has a dedicated page where visitors can leave comments.

Since 2019 I have been a tenure-track assistant professor (RTD-B) in the Industrial Engineering Department of the University of Trento (Italy).

In 2018 I had been a research scientist in the Movement Generation and Control group at the Max-Planck Institute for Intelligent Systems (Tübingen, Germany), under the lead of Ludovic Righetti.

From 2014 to 2017 I had been an associated researcher in the Gepetto team (LAAS-CNRS, Toulouse), where I have been working with the humanoid robot HRP-2. My main collaborations were with Nicolas Mansard, Olivier Stasse, Steve Tonneau and Justin Carpentier.

Before going to LAAS I had spent four years (3 of PhD + 1 of post-doc) at the Italian Institute of Technology (IIT, Genova, Italy), where I had been working with Lorenzo Natale and Francesco Nori on the iCub humanoid robot.

In 2013 I also started a fruitful collaboration with Michele Focchi, an IIT researcher working with the Hydraulic Quadruped HyQ.

All Robust Optimization Other

The project Memmo aims to solve the problem of generating complex movements for arbitrary robots with arms and legs interacting in a dynamic environment by 1) relying on massive off-line caching of pre-computed optimal motions that are 2) recovered and adapted online to new situations with real-time tractable model predictive control and where 3) all available sensor modalities are exploited for feedback control going beyond the mere state of the robot for more robust behaviors. 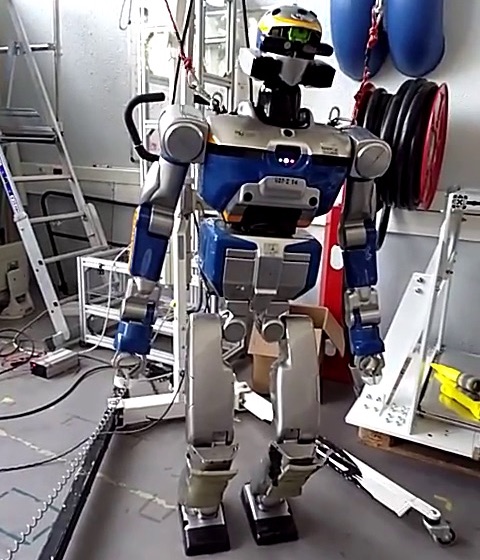 The goal of this project is to achieve reliable locomotion behaviors in semi-structured environments with the humanoid robots HRP-2 and Pyrene. This project relies on model-based feedback control techniques, such as inverse-dynamics and model predictive control. 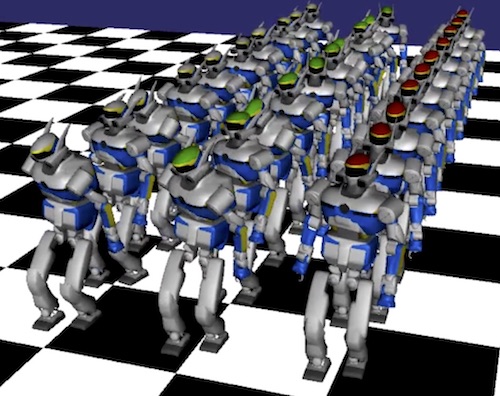 Nowadays legged robots are capable of performing locomotion and manipulation in semi-structured environments, but with a low level of reliability, which makes their application in disaster-recovery scenarios difficult, if not impossible. However, if we look at the results that researchers in robotics and animation have achieved in simulation, we can see that simulated robots/avatars can easily and reliably perform dynamic movements such as walking, running, jumping, kicking. What is preventing real robots from showing similar performance?

One Robot for Many Tasks: Versatile Co-Design Through Stochastic Programming

A 3-hour class about TSID, covering both theory and implementation. Here you can find videos and slides:

I have also given a class on robust TSID: